Our customer only information area where you'll find useful documents and up to date fuel escalator details.

Access our job entry system here. You can create new consignments, track existing jobs as well as view and download all your POD's.

Coming soon - find out more about our customers by checking out our latest case studies. If you'd like to feature in your own case study then let us know! 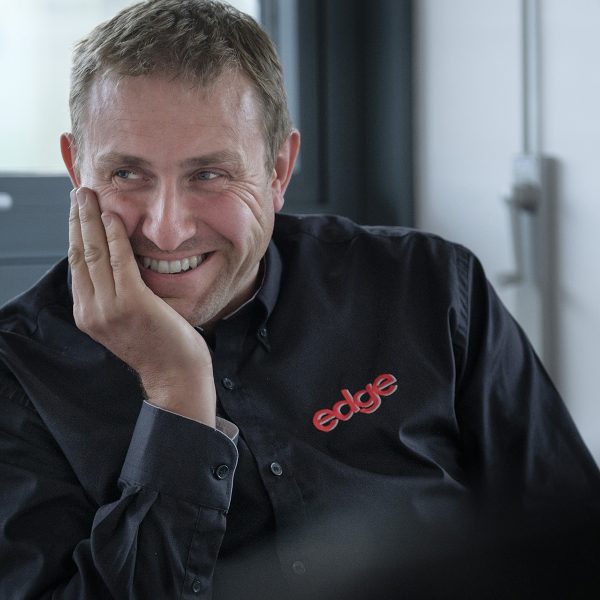 Richard is our Operations Director and a member of the Edge family. He’s worked for Edge since 2001, initially starting as a traffic planner looking after our Palletline fleet but he is responsible for our entire distribution and warehouse operation.

Essentially Richard is responsible for all day to day transport and warehouse operations, supporting the teams to make sure that our exceptionally high service standards are always reached. Although office based, it’s not unusual to find Richard out on a forklift if needed. He says he doesn’t plan it that way but we think he secretly enjoys it!

Richard also looks after some of our dedicated fleet key accounts as well as being involved in the purchasing of fleet and plant equipment. Along with his wife Jenny, our Commercial Director, Richard works on solutions for new warehousing and dedicated fleet customers, making sure that the solution we present adds real value to their business.

Whilst the Traffic and Warehouse teams are pretty good dealing with the day to day challenges, Richard can often be called on for his expertise when unusual challenges arise and need a quick response. One more memorable challenge would be the severe snow in 2010 where for 2 days the trucks didn’t really turn a wheel. He spent the weekend clearing snow and making sure all the fleet was loaded, ready for the drivers to arrive early on the Monday. With workload 75% more than a typical day, the team worked exceptionally hard and cleared all the backlog in just one day!

Because Richard has been involved in the operation for so long, he knows it inside out has so many stories to tell… the pallet with just one bottle of shampoo on it going to a supermarket RDC, the spooky footsteps often heard in our old offices in Llay, and memories of all our long standing drivers, past and present.

When Edge relocated from Llay to Deeside in 2015, our storage capacity increased significantly and Richard was the driving force behind the new warehouse operation, creating an experienced team and designing procedures to deliver service levels second to none. Richard’s success is evident from the higher than anticipated storage levels and the achievement of the independently audited AA Grade BRC Storage and Distribution accreditation.

Outside of work, Richard is a keen fundraiser for the Hospice of the Good Shepherd, loves gardening, cooking and rugby.

What did you want to be when you grew up?: Knight Rider or a gardener

What achievement have you been most proud of?: Losing 2 1/2 stone in 6 months in 2016, although some of it has found it's way back!

What is the strangest delivery you have seen?: Just one lonely bottle of shampoo on a pallet to go to a supermarket RDC

What is your favourite fundraising moment?: Walking Snowdon!

Who is your favourite person to work with?: My wife Jenny of course!